Prizewinner at the International Cartographic Conference 2015

The Graphical Statistical Atlas of Switzerland 1914 is one of Switzerland's earliest and most comprehensive thematic national atlases. It is also an excellent graphical compendium of the first 50 years of official statistics in Switzerland. To mark the 100th anniversary of its publication, the Federal Statistical Office has fully reproduced this impressive but rare work. In doing so, the FSO aims to make the atlas accessible to the wider general public. The original tables from 1914 have been completed by new statistical maps and diagrams with up-to-date figures from the same topics in 2014. In the form of a supplement, the atlas offers direct comparisons and an exciting visual journey through time, illustrating Switzerland's social and spatial structures a century ago and today. 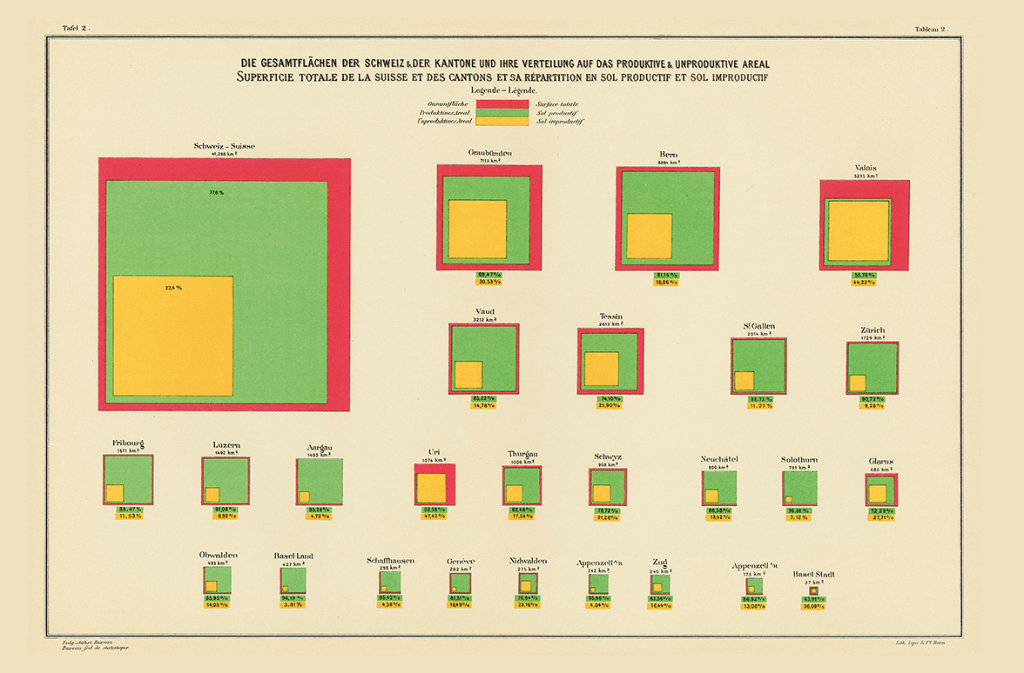 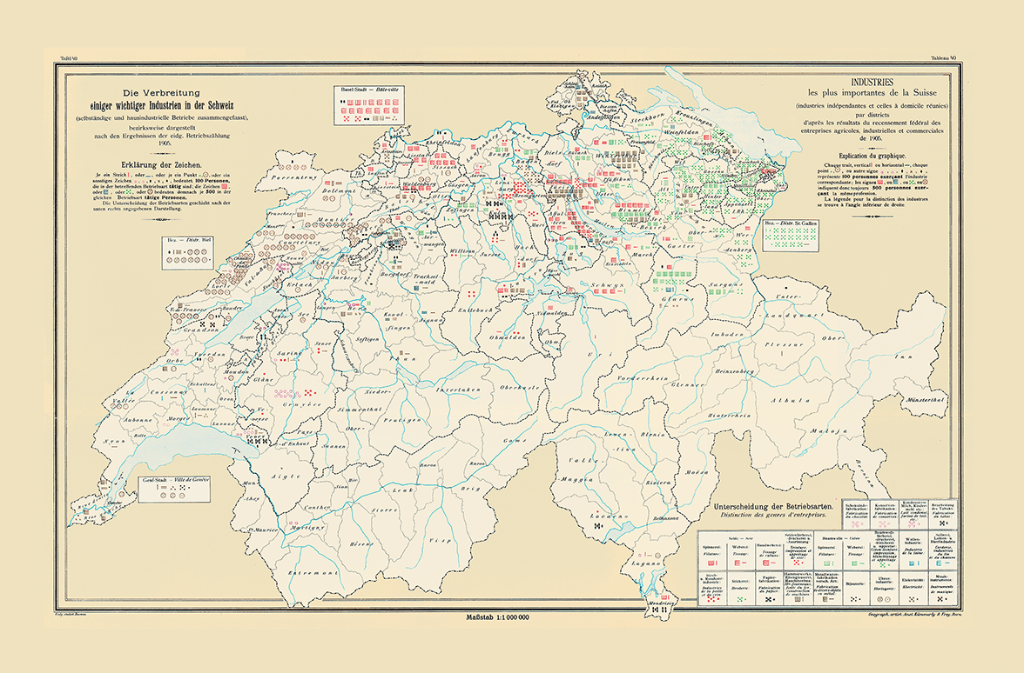 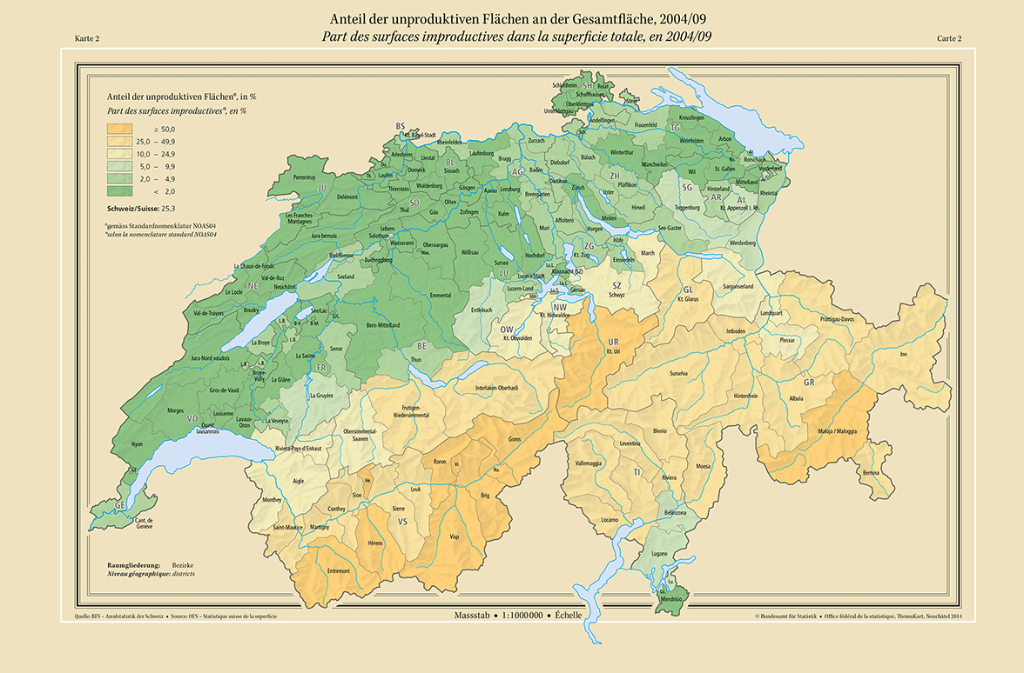 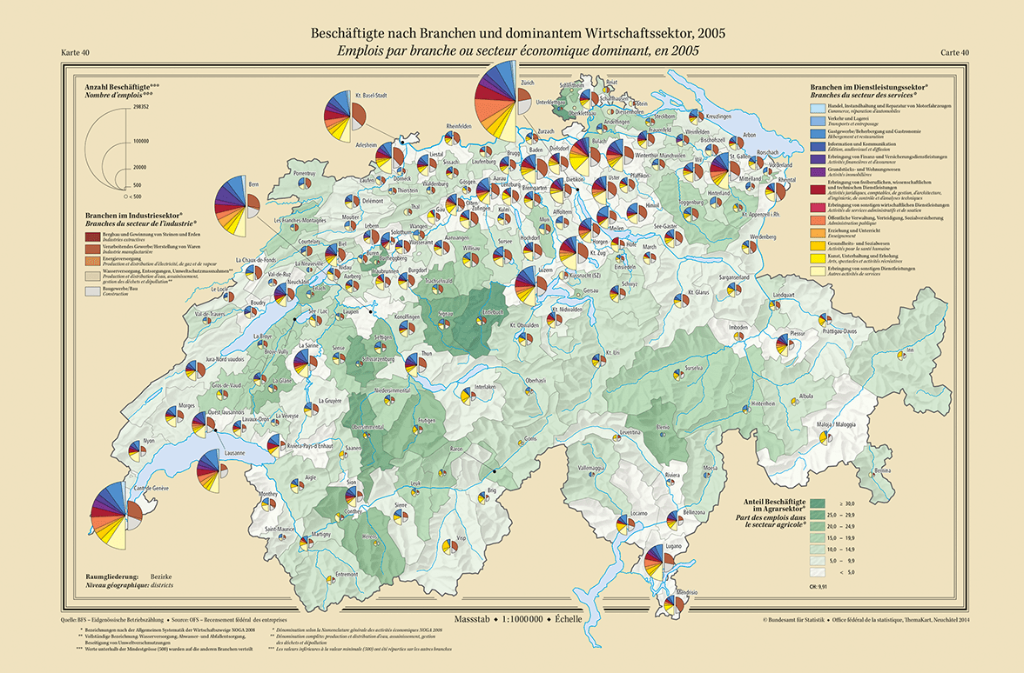